Behind the Scenes at the Exhibition 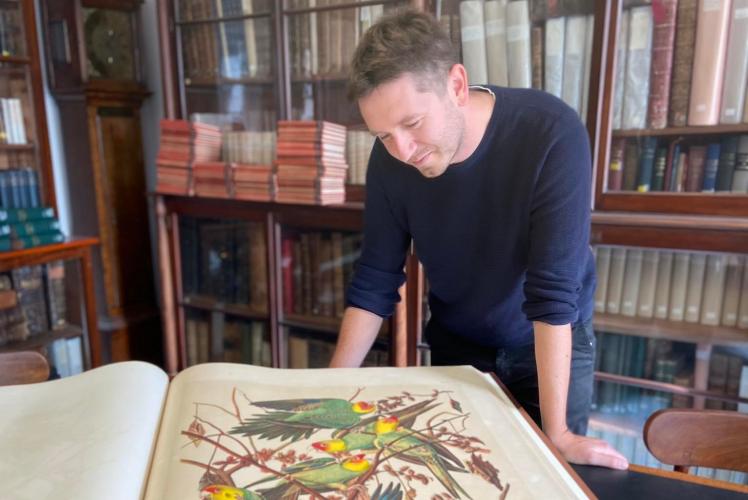 BOUNDLESS CURIOSITY: 140 Years of the Guille-Allès Library opened to the public on Friday 4 November 2022. In this blog, exhibition project manager Adam Bayfield takes you behind the scenes to share an insight into the journey and explain how the idea came about (and why there were more armadillos involved than you might think...)

Tuesday 4 January, 2022. It's my first day back at work after Christmas, and I'm still lethargic from the Quality Street. I'm mid-yawn when the Chief Librarian calls me into her office. "So, I've just been chatting with the MD. We've had this idea for an exhibition..."

Safe to say, I didn't know what I was letting myself in for...

The big idea was to celebrate the Library's 140th anniversary with an exhibition telling the story of our origins, and of our founders Thomas Guille and Frederick Allès. We've always known the Library has a fantastic origin story - we've often said it would make a great movie! - but it's one that many people might not be aware of. Thomas and Frederick went to New York as teenagers, were blown away by the libraries there, and made it their life's mission to one day come back home and start one for the people of Guernsey.

We wanted to get this story out there, bringing Thomas and Frederick's adventures to life, and at the same time creating an opportunity to see some of the incredible treasures in our collection - which again, many people don't know about! The jewel in the crown is an extremely rare copy of Audubon's The Birds of America, though there are plenty of other rare books, too, and a huge collection of objects at Guernsey Museums (more of that in a moment).

So that was the brief. Straightforward enough, you might think - but it has to be said that, in January, turning that vision into reality felt like something of a challenge...

We wanted to get this story out there, bringing Thomas and Frederick's adventures to life.

Printing images from The Birds of America to decorate the walls; hard at work trying on Victorian costumes at Guernsey Museum (for school visits - part of our children's activity plan).

The first step was to head up to Guernsey Museum. When Guille and Allès first started the Library, they made it a Museum as well - and there's still a huge 'Guille-Allès Collection' of artefacts on indefinite loan at Guernsey Museums. Exhibiting some of these objects would illustrate the scope of Guille and Allès's ambition, as well as the breadth and quality of the collection that the Library's Trustees are still custodians of today. From the outset, Helen Glencross, Matt Harvey, and the whole team at Guernsey Museums have been incredibly supportive of the project, lending us their time and expertise, and going above and beyond to enable us to bring some of these objects 'home' to the Library for a few months. I can't thank them enough for all their help.

On the project team's first visit to the Museum store, as we discussed the various artefacts that could show off the breadth of the collection, Matt led us to a shelf in a remote corner. Looking down at his notes, he took a breath and said, "Right, armadillo-wise, we've got a number of options..."

Not a sentence I've ever heard before, but every day is different at the Library. 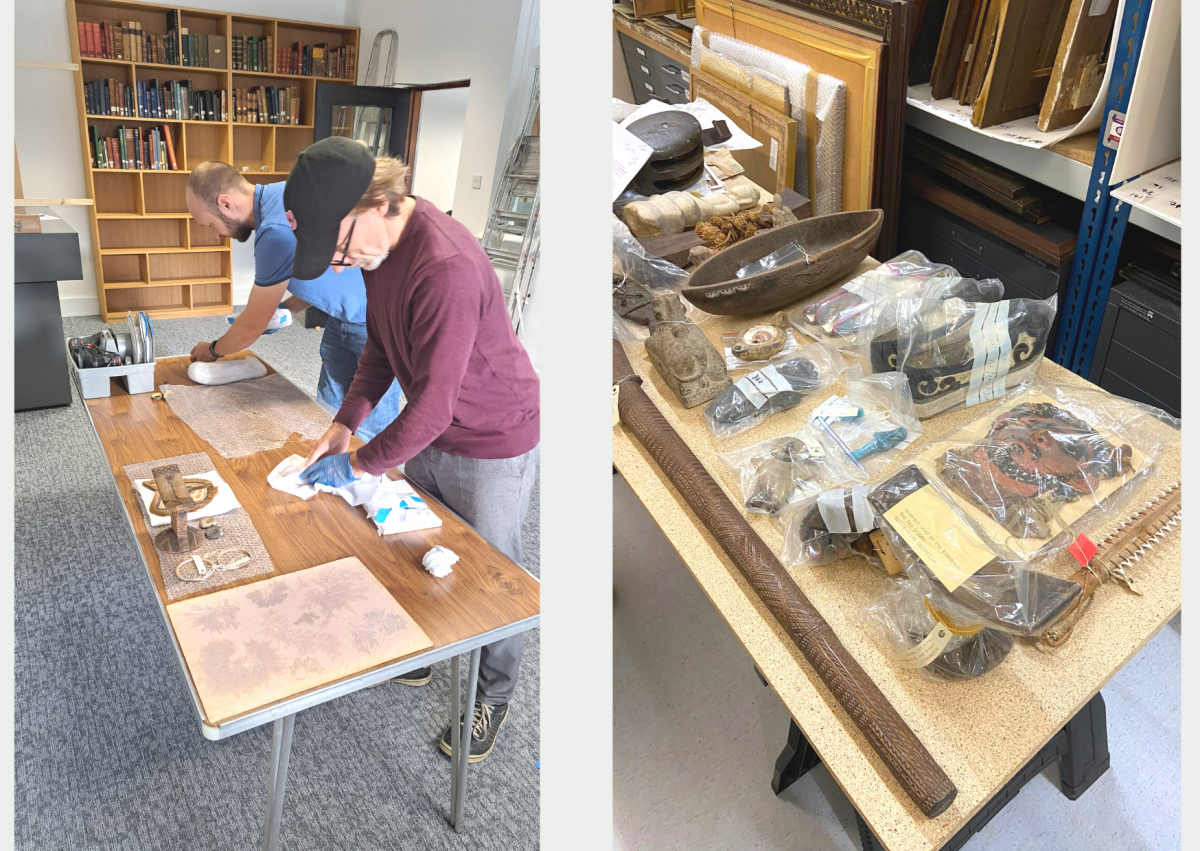 Kit Hughes and Matt Harvey from Guernsey Museum helped us select, curate, and dress the artefacts on display.

With the Museum giving us their guidance, lending us showcases, and helping us make a plan for which of the Library's assets we would display, the next question was the biggest one - where would we display them? The Library is a large building but it's very busy, very well-used, and - you might have noticed! - full of books. Space is at a premium, and if there's one thing this exhibition would need lots of, it's space.

We identified a potential spot - the Rowswell Room on the second floor, opposite the Dorey Room, a suite of two rooms that have never been open to the public. For many years they've been used as storerooms, filled floor to ceiling with old books. It took a lot of thought, and a lot of hard work, but eventually we managed to shuffle things around and find a home for these books elsewhere.

So the space was clear, but that was only the beginning - the rooms were tired and grubby and badly in need of an upgrade. Over the summer this duly took place, and I'm proud to say that Library staff did virtually everything: painting, cleaning, fixing ceiling tiles, and lots more besides. It's an amazing testament to their passion and dedication to this place.

Space is at a premium, and if there's one thing this exhibition would need lots of, it's space. 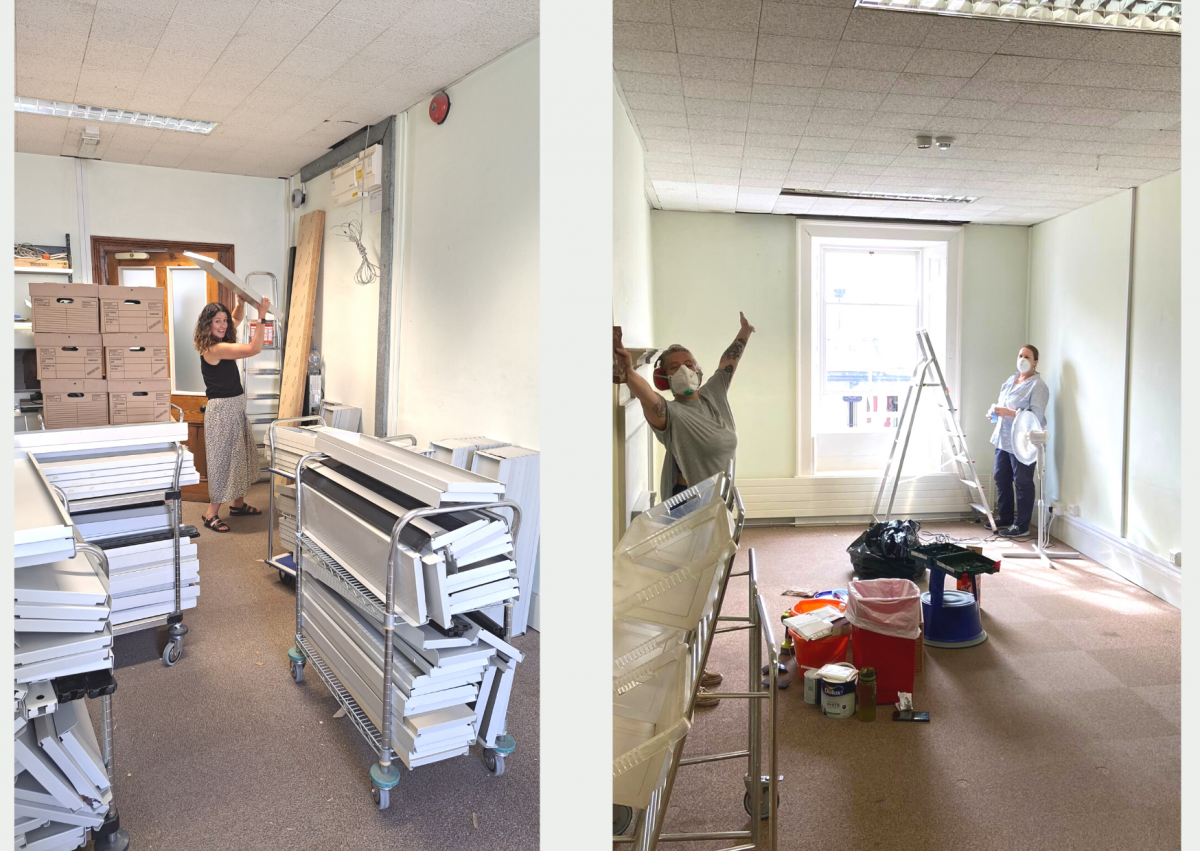 Emptying and painting the Rowswell Room.

To bring the story of Guille and Allès to life, we waded into the Library's archive, fishing out letters, receipts, Board minutes and more, building a picture of Thomas and Frederick and their library project. With the narrative complete, we designed some artwork to print at Smith Signs (who have been amazingly supportive) - this was fixed onto exhibition panels lent to us by Art for Guernsey (who, again, have been amazingly supportive - so many people have been so generous on this project!)

In late October these panels were installed, the showcases were 'dressed' with Museum artefacts and rare books (including The Birds of America in a bespoke showcase produced by BTS), and at last the exhibition was ready to launch. 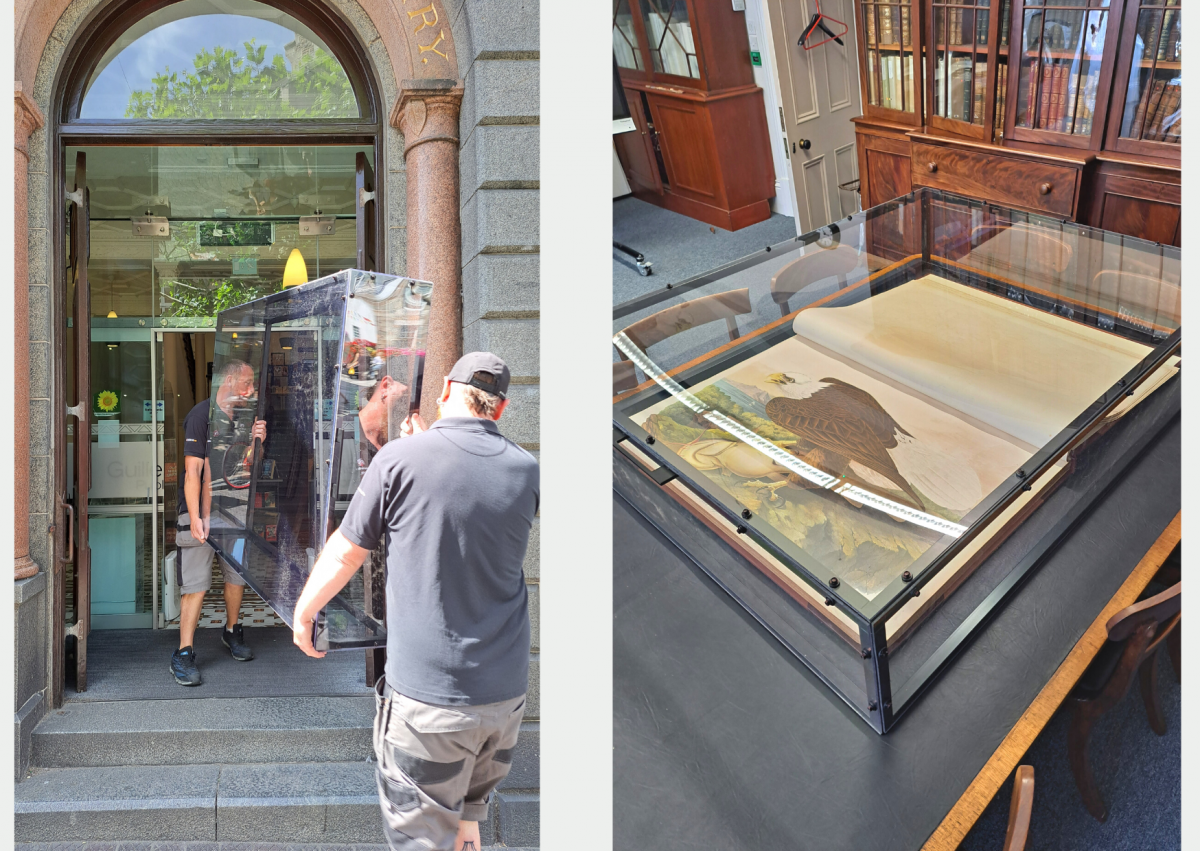 The Birds of America showcase arrives.

The exhibition runs until Saturday 21 January 2023. I hope you enjoy it. Every member of Library staff has had a part to play in Boundless Curiosity, but I want to say a special thank you to the project team: Abi Paine, Chris Jordan, Jodie Hearn, and Tracey Woosley. They've put in an incredible shift over the last ten months, working tirelessly to bring the exhibition together, and immersing themselves in Guille and Allès's world. They're an amazing bunch of people, and they've created something to be proud of.

BOUNDLESS CURIOSITY: 140 Years of the Guille-Allès Library is free and open to all. It's presented in partnership with BDO Guernsey. 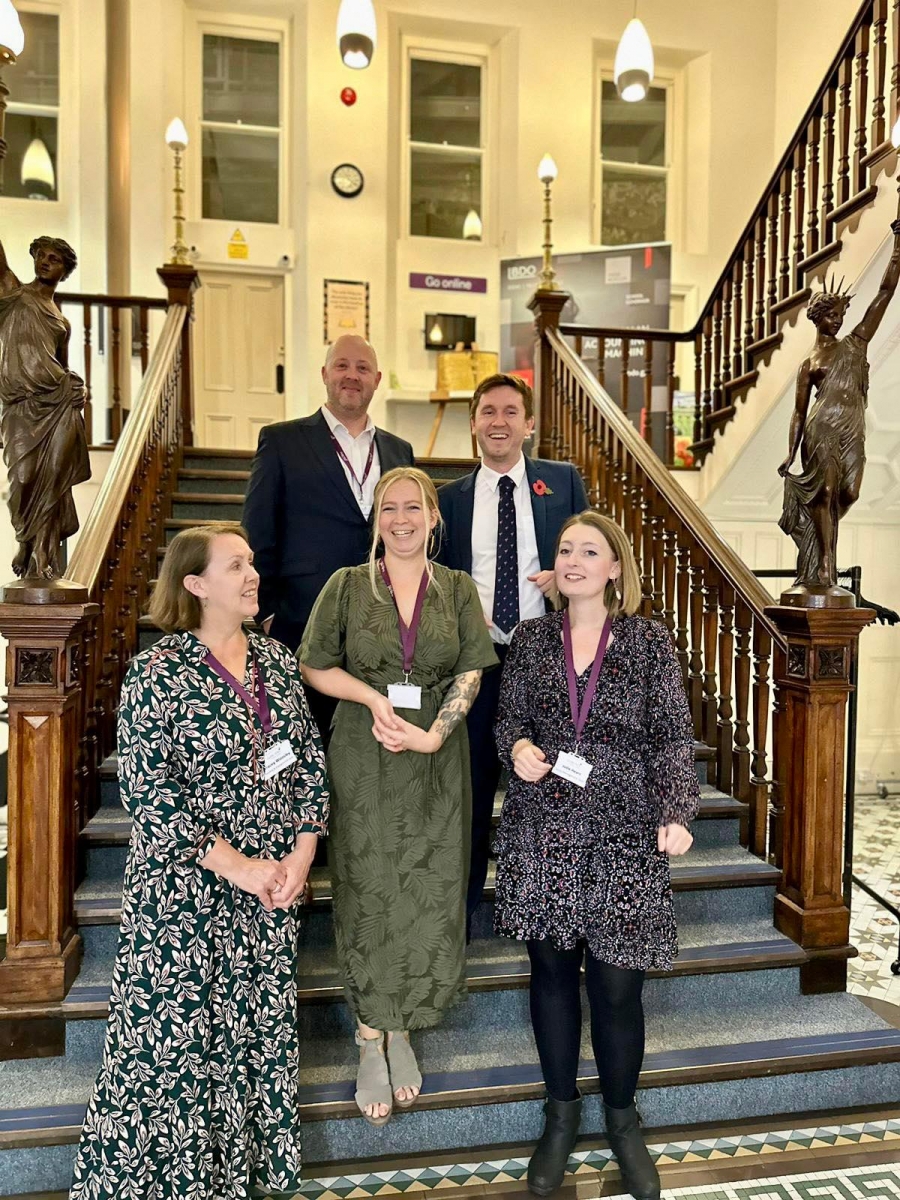