The Guille-Allès Library was founded 130 years ago, but the inspiration behind it is even older. It was inspired by a library in New York.

As apprentice to a carpenter in Manhattan in the early 1830s, the young Guernseyman Thomas Guille had access to the city’s vast apprentices’ library. ‘Never shall I forget,’ he later wrote, ‘the emotion of wonder and delight which seized me when, for the first time, I entered the library’.

From that moment on, he nurtured a dream to set up something similar back home in Guernsey. When his childhood friend, Frederick Allès, crossed the Atlantic to join him as an apprentice at the same New York firm, Thomas Guille shared his dream with him, and together they grew determined to make it a reality.

It took almost fifty years and more than one false start, but in the early 1880s, having returned to the island in their old age, Guille and Allès bought the Assembly Rooms in Market Street (a beautiful old building that was once a dance hall and a meeting place, where John Wesley had come to preach in 1787), filled it with books, and threw open its doors on 2 January 1882. 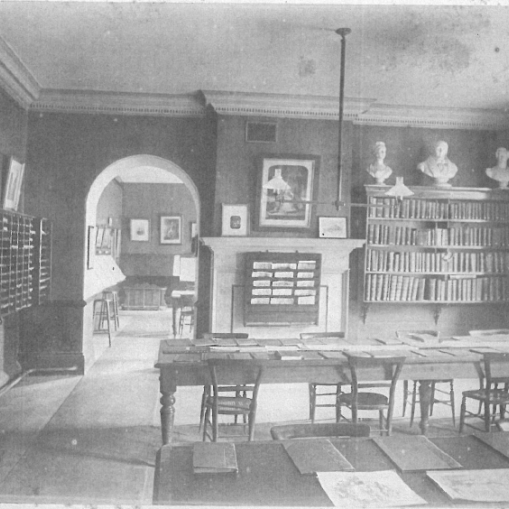 As well as an extensive subscription library, reading rooms and meeting rooms, the Founders’ original vision was for the institution to be a kind of hub for education and culture in the island. A lecture hall (now the Hayward Room) held weekly lectures on literature and science, along with student classes for the teaching of French, German and Italian. Numerous clubs and societies also took up residence, including a chess club, choir, debating society, table tennis club, orchestra, and even a Scottish dancing club.

The upper floor of the building, meanwhile, housed a popular Museum, filled with exhibits on geology and Natural History. The Museum remained open until 1979, when its contents were transferred to the new Guernsey Museum in Candie Gardens.

The turn of the century saw the Library expand and improve, with the installation of exciting modern luxuries like electric lighting, an automatic flush in the lavatories, and a vacuum cleaner to remove dust from books. The Boer War and the First World War sparked an increase in demand for books, newspapers and periodicals, and the Library cemented its place at the heart of Guernsey life. 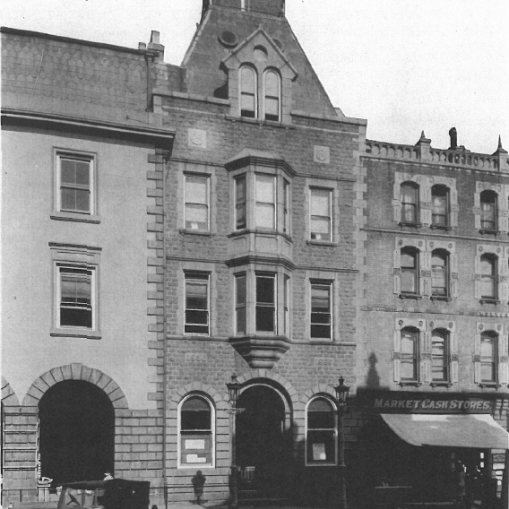 In the summer of 1940, as Hitler’s forces swept through Europe, the writing was on the wall for the Channel Islands. Schoolchildren were evacuated and the islands demilitarised, and German troops began landing on Guernsey on 30 June. The resulting Occupation was to last five years.

The Library stayed open for the duration, but in severely restricted conditions. Opening hours were cut and the service reduced. The German command ordered a long list of books of ‘an anti-German nature’ to be removed from the shelves – or else, warned the Feldkommandantur, ‘the librarian concerned will be called to account and punished.’

Soldiers could borrow books, but not without a permit, which the librarians always demanded. They did not make much use of their membership – only two or three German volumes were borrowed a week, many of these by one particular soldier who showed a keen interest in fruit growing. To begin with the slave labourers of the Organisation Todt were also allowed to use the library, and many were avid readers. Between them they borrowed more than 250 volumes a week, mostly French classics.

In 1942 an English-born member of staff, Arthur Davey, was deported to an internment camp in Germany, along with all other English-born islanders. He would not return until after the war. In his absence the Library’s Board of Management kept his position open, and continued banking most of his salary.

As the Occupation went on, life became harder and the German authorities more oppressive, but the Library was never methodically searched. With the population starving and searches of homes increasing, the librarians began to hide wireless sets, potatoes and other forbidden items behind books and on dummy shelves.

Islanders on the mainland were aware how tough life was back home, and were aware, too, that their friends and relatives were receiving little true news from the outside world. Radios were banned, newspapers printed German propaganda, and only a very limited supply of new books came in to the Library. With this in mind, the Jersey Society in London established the Channel Islands Book Committee. As the war dragged on, this committee built up a stockpile of books for the Guille-Allès Library and the Jersey Public Library, so that very soon after being liberated islanders would be able to read about what had really happened during the war.

By 1945 over 1,000 books had been procured for each island. Shortly after the Liberation these books hit the shelves, and people flocked to the Library to read them.

A New Lease Of Life 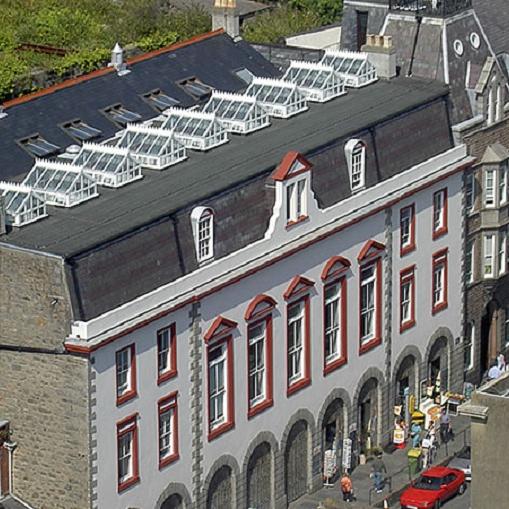 By the late 1970s, almost a century after its inception, the Library had run into financial difficulties. It was still operating as a subscription service, and the number of subscribers was falling. Its future was under threat.

Recognising its importance to the island, the States of Guernsey went into partnership with the Guille-Allès Trust to open out the Library as a free service to the whole community. The Trust provides the Library building – still the same one Guille and Allès purchased all those years ago – while annual grants from the States cover maintenance and running costs. The building was completely refurbished, thanks to a generous grant from the philanthropists (and Jethou residents) Sir Charles and Lady Hayward, and the Museum was moved out of the top floor to be replaced by the Schools Library Service, which the Library runs on behalf of the Committee for Education, Sport and Culture.

In July 1981 the transformation was complete, and the Library was reborn as a free public service. 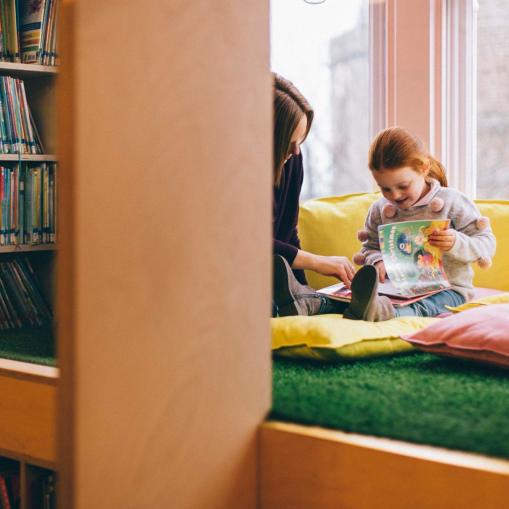 The Library’s Founders were remarkably far-sighted people. The Library Constitution, written by Thomas Guille in 1896, laid down a clear understanding that ‘the chief wants of today may not necessarily be the most pressing requisites of a century hence’. As such, the Founders wanted ‘to imbue the whole Institution with such elasticity of adaptation as shall enable it successfully to grapple with the changing necessities and varying requirements of succeeding generations as they pass’.

Times have certainly changed since 1896, but the Founders’ original vision for the Library remains intact. The primary objective – to make a huge range of information and entertainment available to the people of Guernsey – continues to be met, with a vast selection of books now joined by a wealth of DVDs, audiobooks, and other physical objects including litter pickers and bat detectors.

At the same time the Library has wholeheartedly embraced the digital age. Recent years have seen the introduction of touchscreen self-service kiosks, eBook, online movie and digital magazine services, Facebook, Twitter and Instagram accounts, and a podcast.

There’s also a renewed emphasis on Guille and Allès’s original vision of the Library as a hub for culture, learning and community life. There are adult, teenage and children's reading groups, story and rhymetimes for babies and toddlers, IT workshops, author talks, Open Mic Nights and 'Write Ins' for creative writers, and numerous themed events for children and adults – recent events include Fun Palaces, Harry Potter Book Night, Drag Queen Story Time, and a Game of Thrones Quiz. Read the latest Annual Report for more about current services, events and activities.

December 2018 ushered in a new chapter in the Library's history - a major fundraising drive saw the Children's Library completely transformed into a magical world where children can learn, have fun and be inspired. The impact has been immediate - in the first quarter of 2019, footfall into the Library increased by 10%, with children's book loans up an astonishing 32%. Thomas Guille and Frederick Allès would surely be proud of this new addition to their legacy.

Well over a century after its foundation, the Library remains firmly at the heart of island life.

Don't miss out on the latest Library news, events, and services. Stay up-to-date with our monthly newsletter, straight to your inbox.