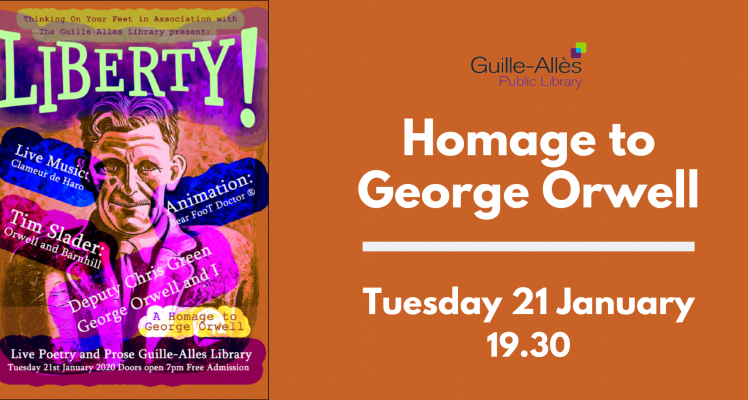 Commemorating the great George Orwell on the 70th anniversary of his death.

The Library is pleased to partner with local arts collective Thinking On Your Feet for a special event celebrating the life and work of George Orwell.

Tuesday 21 January 2020 marks the 70th anniversary of Orwell's death. One of the greatest writers of the 20th Century, many of his works (including 'Animal Farm' and 'Nineteen Eighty-Four') remain as relevant today as ever.

The event will feature a keynote talk from Deputy Chris Green titled 'George Orwell and I'. Plus, live poetry and prose, animation from BearfooT Doctor, and live music from Clameur de Haro.