What Library Staff Are Reading #4 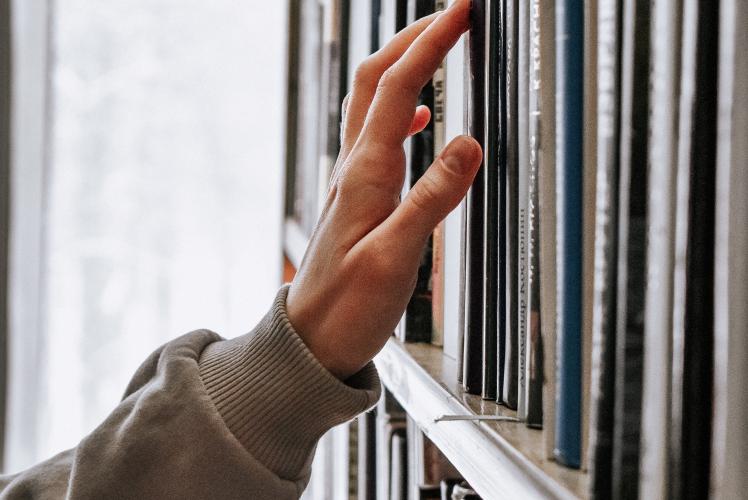 Not sure what to read next? Have no fear, our trusty library staff are here with some recommendations from what they're reading at the moment. Click the titles to find these on the website.

A Long Petal of the Sea by Isabel Allende

I’m currently reading A Long Petal of the Sea by Isabel Allende. It’s a gripping, beautifully written, and completely fascinating novel that covers a huge sweep of 20th-century history, starting with the Spanish Civil War and following one family’s saga all the way through to the mid-1990s.

Isabel Allende captures five turbulent decades in her beloved country, through the story of the Dalmau family: Roser, a pregnant young widow, and Victor, the brother of Roser’s dead husband. Fleeing persecution in Franco’s Spain, they board a ship with two thousand fellow refugees and sail to Chile, arriving just as the Second World War breaks out in Europe. Starting over on a new continent, Victor and Roser face trial after trial over the years and decades to come – but their love for each other keeps them going, as does the hope of one day returning to their homeland.

It’s a remarkable book – poetic, quietly moving, brimming with insight into Chilean history, but above all extremely readable, and written with a lightness of touch that shows why Isabel Allende is widely recognised as one of the world’s finest living authors.

Well known for his work on the wonderful Lost Words book, Robert MacFarlane’s Landmarks is a great piece of nature writing. A lover of words, and of nature, Macfarlane goes on a journey from the most northerly Scottish isles across the UK and down to the Channel Islands, searching for the language of our landscapes and weather. Did you know, for example, there are over 150 words to describe peat!? The writing is beautifully poetic and is bursting with nostalgia for the ways we used to describe the natural world around us – for much of it is dying out and loosening our connection. MacFarlane has gathered this glossary of words to help us hold on.

What a wild ride! I couldn't put this book down and read most of it in one sitting. I sincerely hope King writes more Hard Case Crime novels. Jamie Conklin can see dead people; he also soon realises that they have to tell the truth. He ends up helping a police officer solve two big crimes. However, there is so much more to the story than that!
King supplies his excellent brand of horror and gradually builds suspense. As well as a horror story, it feels like an homage to classic horror with mentions of Stoker's Dracula, Shelley's Frankenstein and M.R. James's Whistle and I'll Come to You, My Lad. This is yet another story that is linked to other books in the King universe; these little connections always give me pleasure. I won't say which book, but it was a surprise!

The Five People You Meet in Heaven by Mitch Albom

I’ve recently finished ‘The Five People You Meet in Heaven’ by Mitch Albom. It follows Eddie, an elderly war veteran who maintains the rides of a theme park. We see his life leading up to his passing and then follow him beyond, where he meets five people from his past whose lives he had changed in remarkable ways. It’s one of the sweetest things I’ve read – pure loveliness!

A figure in a white mask haunts the Ankh-Morpork Opera House and a number of suspicious ‘accidents’ have been killing off the crew. The mysterious figure will kill again, unless Christine – the beautiful, if slightly tone-deaf, ingenue - is given the leading role. As luck would have it, the Lancre Coven are in town in pursuit of royalties for Nanny Ogg’s new cookbook, and Nanny Weatherwax takes it upon herself to investigate the strange goings-on.

So, it’s Phantom of the Opera with witches. What’s not to like? Book eighteen of the Discworld series and book five of the Witches series, it’s full of Pratchett’s trademark humour and plenty of nods to the source material (and Michael Crawford).