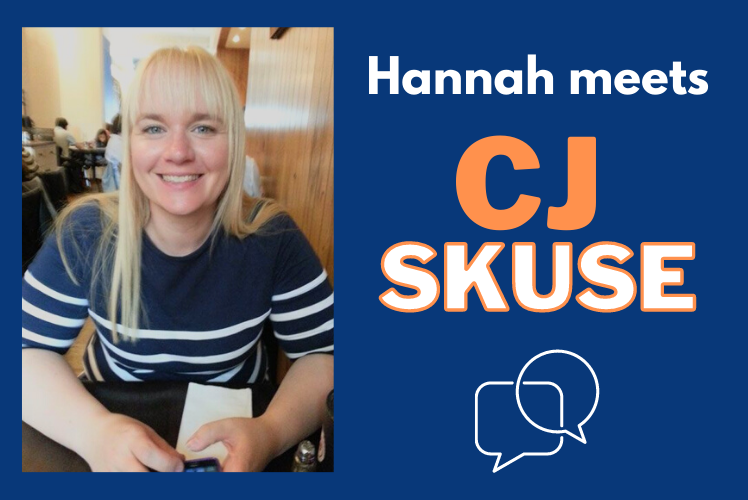 Library Assistant Hannah is passionate about books and reading. In the second of our new blog series, Hannah chats to CJ Skuse, author of the darlkly comic Sweetpea series about average girl-next-door Rhiannon who has a killer secret. From the man on the Lidl checkout who always mishandles her apples, to the driver who cuts her off on her way to work, Rhiannon's ready to get her revenge.

CJ Skuse awnsers Hannah's questions on Sweetpea, top tips for writing and why she’d use the Library more if it wasn’t for her dog…

I really enjoy the Sweetpea series; is Rhiannon Lewis going to return for a fourth book?

I’ve written the fourth and I’m half way through the fifth – I’m hoping to get the first draft done by the end of the summer. No publisher interest as yet. I think they’re waiting on news of the TV series but it keeps getting pushed back, due to various reasons, and this has a knock-on effect for the books of course. Hopefully there will be some more news on all that in the not-too-distant future but for now, it’s a waiting and a constant-refresh-of-the-emails game. After Book 5 in the Sweetpea series, I’ll then move on to something completely different. I’m probably looking at rom coms next as I have a tonne of new ideas all bursting to get out.

I love the wonderfully dark sense of humour in the Sweetpea series; Rhiannon is like a murderous Bridget Jones! What’s it like to write such a dark character?

Thanks! The apple doesn’t fall far from the tree, put it that way. Rhiannon comes to me easily. I know how she will react in any given situation and judging by some of the comments I get, I think what she says and does isn’t a million miles away from what we would all say and do if there were no consequences. She’s troublingly relatable and it’s very fun to write. She has (hardly-any) filter though I try not to let her punch downwards. I think if she did, she wouldn’t be as funny.

Sweetpea is being adapted by Sky Atlantic- could you tell us a bit about that? What was your involvement in the series?

I signed a contract and stepped away and let them do their thing. The company that bought the option, See Saw Films, know way more about TV adaptations than I do as their back catalogue shows, so I didn’t want to get in their way. It’s been a long time coming but I hope it will start filming later this year.

How different is it writing for adults compared to YA fiction?

It’s very different for me as when I was writing for Young Adults I wasn’t allowed to experiment with a lot of content. Swearing was always a bit frowned upon and any sexy stuff had to be dialled right down so when I started writing Sweetpea it was really liberating. I think I came out of my strait jacket kicking and screaming! 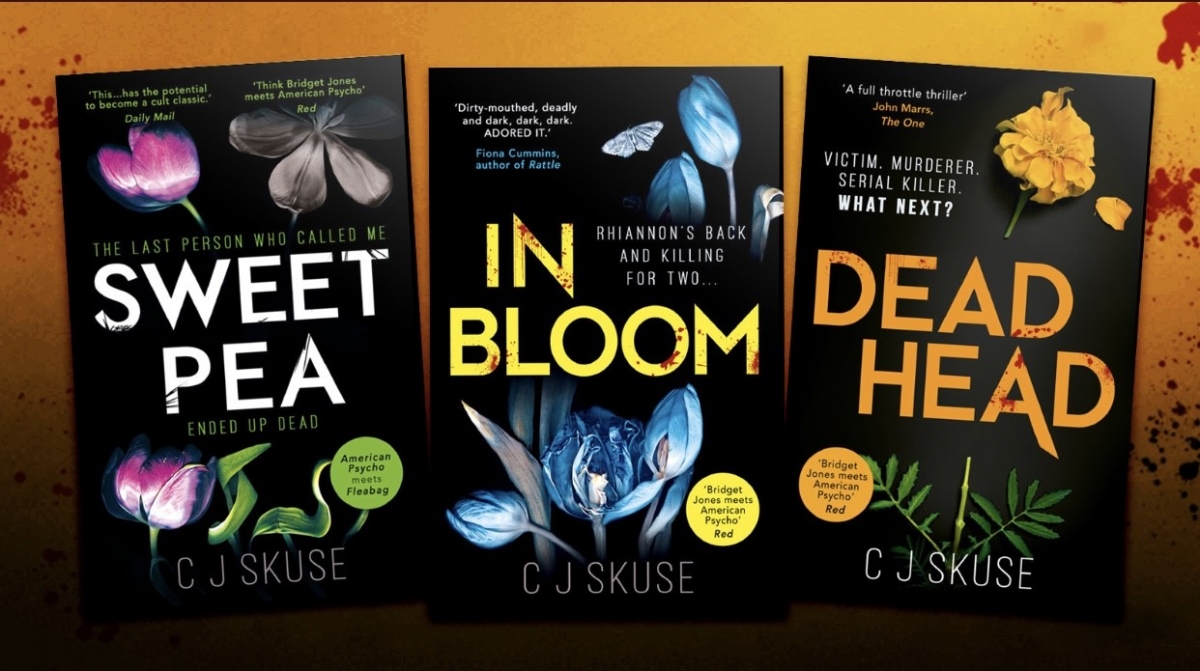 What inspires you to write?

I’ve been writing since I was quite small and it’s just become a habit now – to sit at my desk and try and make sense of the world in some fictional way. To conjure up a character to deal with something I’m going through in my own world or to create a fictional situation for a real-life experience so I can rationalise it in my own mind. It’s the only thing that calms me, some days. What inspires me? Probably my own mood swings to be honest. All I know is that when I’m writing (and it’s going well!) I’m a much more contented person generally.

Would you ever collaborate with an author? If so, who?

Yeah I’d love to write a book with a guy, like a dual protagonist thing, like the Josie Lloyd and Emlyn Rees novels. I have an idea for a male/female dual narrative, but I’ll probably end up writing it on my own due to control freak-ery. I’m not sure who would be a good male voice to balance me. All suggestions welcome!

Which authors influence your work?

Female comedy writers influence me a lot. Victoria Wood, Caroline Aherne, French & Saunders, Carla Lane - they have all been massive influences on my writing. If you find me funny, you more than likely love their work too.

Do you have a library card?

Of course! I would go to the library a lot more if I could take my dog in there because I walk to town most days but I would have to leave him outside, so that’s not happening.

You’re also a senior lecturer of Creative Writing at Bath Spa University – can you give us any writing tips or advice?

I can give you tonnes of tips and writing advice but you’d have to sign up to do an MA at Bath Spa University first! Okay, that’s not fair, but if I can give you three top tips it would be these, all written by other writers but which I truly stand by: 1) Show up, show up, show up and one day the muse will show up too (Isabel Allende); 2) Every sentence must do one of two things – reveal character or advance action (Kurt Vonnegut); 3) If there is a book that you want to read, but it hasn't been written yet, then you must write it (Toni Morrison).

Join Hannah again next month as she chats to another bestselling author! In the meantime, find CJ Skuse's books in the Library here.