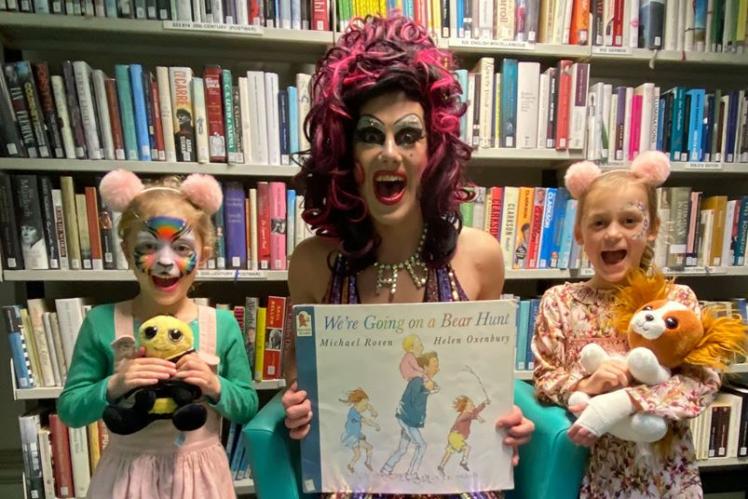 There is no better way to spend a grey January morning than with the amazing Aida H Dee at the Drag Queen Story Hour and we were lucky enough to do that today.

A guest blog from Antonia Rainbow, creator of Guernsey With Kids, on our Drag Queen Story Hour event on Saturday 11 January 2020. 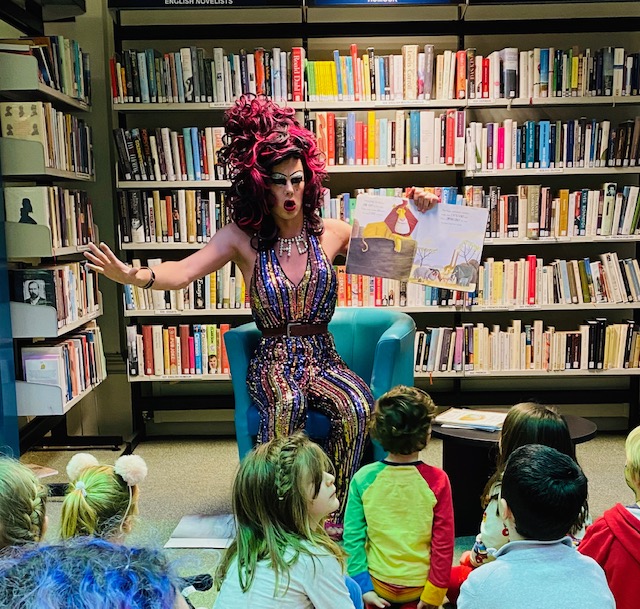 "Just before Christmas I saw an advert for the Drag Queen Story Hour coming to the Guille-Alles Library in January and I was intrigued. The ad called it an ‘interactive story time celebrating creativity, love and acceptance. Including stories like ‘We’re Going On A Bear Hunt’ and ‘The Lion Inside’, as well as songs, crafts and a glamourous photo opportunity’.

It sounded great so I signed up for free tickets and was looking forward to taking the girls to an event that was completely different to anything they’ve been to before.

On Sundays we talk about what we have planned for the week ahead, so last weekend I told the girls about the Drag Queen Story Hour and I showed them a picture of Aida. Having never seen a drag queen before Tilly looked quite puzzled and asked if Aida was a man. Nothing gets past Tilly and she asks questions about everything, this led to a great conversation about Aida being a man who liked expressing himself wearing, as Tilly called it, ‘a very fancy dress’. Lottie looks less into things and just said, ‘I like her make up’!

The girls have a very close friend (a boy) who has always loved dressing up in their princess dresses and playing with their dolls and they don’t bat an eyelid about it, so they saw it as being no different to their friend dressing up with them and they were very excited about meeting Aida.

Drag Queen Story Hour started at 11am and we got there about 15 minutes early. We were directed up to the 2nd floor (there is a lift so easy access for pushchairs and those not wanting the hike up the stairs). We were greeted at the top of the stairs by an employee of the library who took our names to check we had signed up (the event was fully booked).

We headed into the event room and I was surprised how few people were in there with only 10 minutes to go, this meant that the girls bagsied front row cushions infront of Aida’s chair and we got seated in the comfy adult chairs at the back.

The room filled up quickly and there was buzz of excitement. Aida walked into the room full of sparkly glamour and sat on the floor with the kids, this got lots of laughter and when it was announced that Drag Queen Story Hour was about to start, Aida looked around the room for the drag queen which got lots more laughs. After a few minutes she jumped up and introduced herself and the kids were instantly hooked. 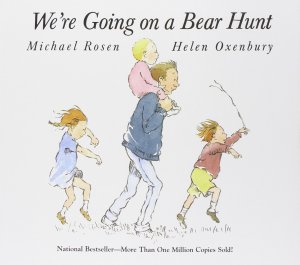 The first story was a classic, ‘We’re Going on a Bear Hunt’ and as i’m sure most parents can relate to, it’s a book that my girls have heard a ridiculous number of times, to the point that they can tell the story without the book, however, I can guarantee kids have never heard the story the way Aida tells it…

Aida’s deep voice and exagerated pronunciation makes her storytelling really engaging and made sure of proper belly laughs from the kids, especially when she said ‘Uh-uh!’ in a loud shrieking voice throughout. She also mixed between jumping up out of her seat and getting the kids to do the actions for the grass, mud, trees etc.

It’s no mean feat to spend 25 minutes telling the Bear Hunt story (i’ve got reading it down to a fine art, I can get it done at bedtime in about 4 minutes!) and even more impressive to have all the children (and adults) totally engaged for the whole time. Aida got a big clap at the end of the book and moved swiftly on to a rendition of ‘Heads, Shoulders, Knees and Toes’ which ended in attempting a version at lightening speed! 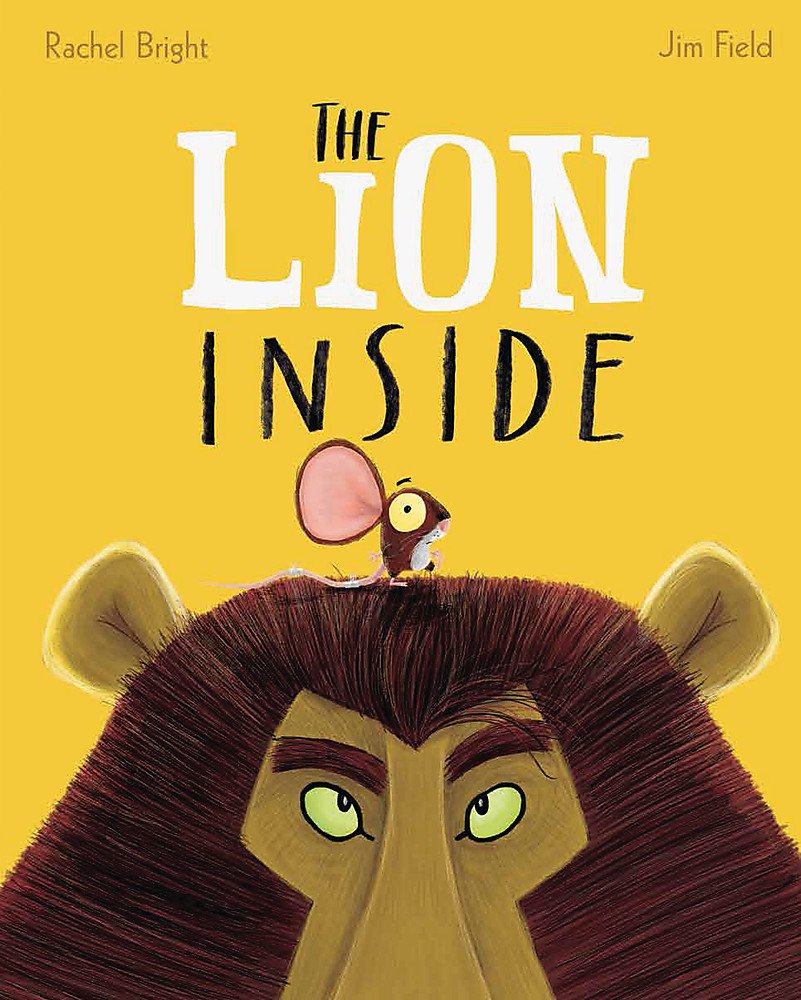 Aida’s 2nd read ‘The Lion Inside’, is another lovely book which gave the kids plenty of opportunities to practice their ‘ROAR’! and despite being a little more subtle, was just as engaging.

Aida then moved on to ‘Guess How Much I Love You’ (a personal favourite of mine), which Aida said was special to her because her mum used to read it to her. The storytelling of this book was much calmer but still ineractive, I got a few kisses from the girls at different parts of the book so i loved it!

Aida’s final book was a huge hit and it’s one we haven’t come across before. ‘I say Ooh, You Say Aah’ had more than its fair share of interaction, including shouting out ‘underpants’ everytime you saw an ant, shouting out your name when you saw a cloud along with ooh’s and aah’s a plenty.

All good things must come to an end and genuinely no one was ready to say goodbye to Aida. She managed to keep everyone in the room entertained for the whole hour and the kids spontaneously ran up to her at the end, I don’t think she was prepeared for a standing bundle!

The event ended with a repeat of ‘Head, Shoulders, Knees and Toes’ at breakneck speed and a massive round of applause for Aida. Aida stayed on to chat to the kids which was well received by everyone.

What an amazing morning, I can’t rate it highly enough and if you haven’t had chance to attend the Drag Queen Story Hour then I highly recommend it next time Aida’s in Guernsey. Joni facepainting also attended the event and offered facepaints for a charity donation which was literally the icing on the cake for the girls."

Antonia Rainbow worked for many years in marketing before having twin girls, which set her on a new path. Upon moving to Guernsey with her family in 2018 she fell in love with the island and all it offers, especially for children. Through her blog Guernsey With Kids she wants to share her Guernsey adventures and hopes it inspires other families to create lasting memories in Guernsey. This post was first published HERE