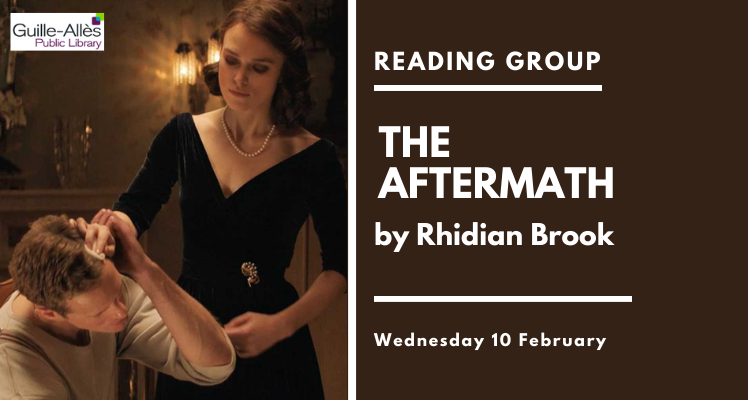 At the Reading Group in February we'll discuss The Aftermath, the acclaimed novel by Rhidian Brook set in post-WW2 Germany.

Hamburg, 1946. Thousands remain displaced in what is now the British Occupied Zone. Charged with overseeing the rebuilding of this devastated city and the de-Nazification of its defeated people, Colonel Lewis Morgan is requisitioned a fine house on the banks of the Elbe, where he will be joined by his grieving wife, Rachael, and only remaining son, Edmund.

But rather than force its owners, a German widower and his traumatized daughter, to leave their home, Lewis insists that the two families live together. In this charged and claustrophobic atmosphere all must confront their true selves as enmity and grief give way to passion and betrayal.

The Aftermath is a powerful novel about our fiercest loyalties, our deepest desires and the transformative power of forgiveness.

The Reading Group is free and you don't need to book. For more information contact Adam on 720392 or email abayfield@library.gg

Can't make it on Wednesday? Why not come on Saturday instead.